When I started Hill Farm Finest I really had no idea of the intricacies of meat.  I knew that the quality of meat we eat is not like it should be and that was about it.  I have learnt so much in the last 18 months it’s unbelievable.  Some of which I have shared with you in previous posts.

Something, which I did find fascinating, and want to share with you all, is how much meat an actual carcass yields.

So on average when we slaughter our Aberdeen Angus the dead weight is between 400kg-550kg, this is after it has been skinned and all the offal has been taken out so to clarify the carcass weight is as mentioned above. This approximately yields the following.

The numbers listed above are approximate only and are just a guide for general information purpose only.

This makes it clear why some cuts are significantly higher priced in the retail meat case than the others. You can break it down even further for example the fillet at most accounts for about 5-7kg of the Loin and then the fillet is divided into a further 3 parts namely Chateau, fillet and the tail. When you take into account that the meat is then hung for a minimum of 21 days then there is a further reduction in the weight again.  The longer its aged the lighter it gets, the tastier and more tender it becomes and has a direct correlation to the price. 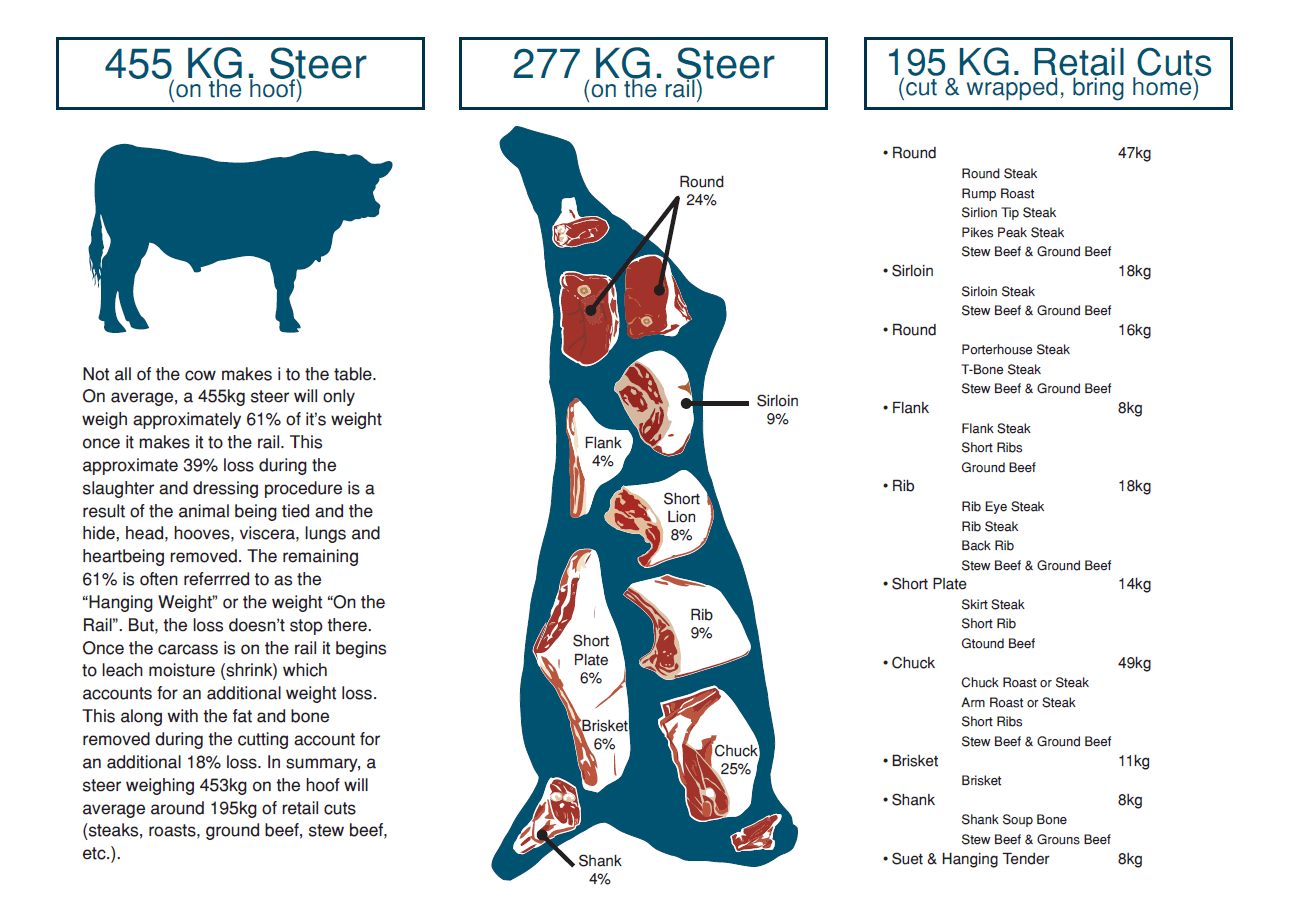